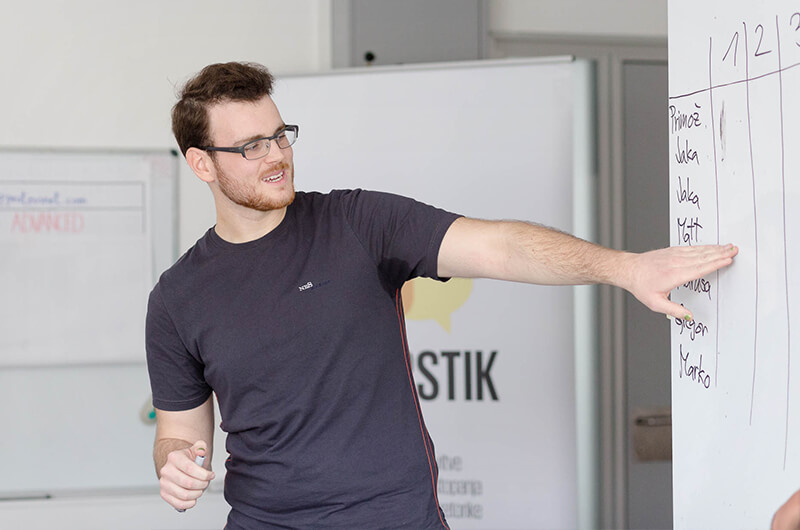 I thought it’d be interesting to see if some of the top venture capitalists have any widespread agreement on how to pitch them for investments. So I did a short analysis and noticed that the top 3 tips that 5 our of 6 or all 6 mentioned were applicable to any sales or persuasion situation, not just pitching investors.

I explain everything below. But first a few reasons why this is useful to you even if you’re not a startup pitching VCs.

How this helps your life, even if you’re not pitching a VC

It’s useful for anyone selling, persuading, or making a presentation to anyone. Here’s why:

So even if you’re not pitching an investor for money for your company, you’re probably pitching something.

I don’t know what you’re pitching, but I do know that if you’re damn good at it, stuff will happen.

I picked these 6 because they’ve written something useful about pitching to them. It’s not exhaustive and it’s not a scientific dataset. So go easy on the “Devesh, this is not scientific!” emails. There are still lessons to be learned! And if you have something more scientific to show me, email it and I’ll post it. Or mention it in the comments.

Also, some of the articles were written a long time ago, but I think it still applies.

If your comment is “But this one VC I met disagrees…” then feel free to make it, but know it’s not insightful. Why? Because of course there are people that disagree. VCs are notorious for disagreeing. But if I told you that all 6 of those names I just mentioned all had this one recommendation in pitching, would you want to know?

The Results: Here’s how often I found each of the top 5 oft-repeated tips mentioned by the 6 VCs via a Google Search.

The Categories: Here’s what each category means and how you can use it to be more persuasive in any pitch (3 of the 5) or investment pitch (all 5).

All 6 VCs advocated doing a demo or outright said it was very important. One exception is Paul Graham, who initially mentioned the importance of getting to the demo quickly in his YC pitch guide, but seems to doubt it now. But the logic of this piece of advice is still sound: Which would you prefer: Have Thomas Keller describe to you this new delicious dish he’s going to prepare at the French Laundry, or have him LET YOU TASTE THE DISH?!

It’s obvious how this applies to someone who has an app they’re pitching, but what about if you’re a corporate worker and you want to make sure your project presentation is damn good? Think about how you could use the show don’t tell principle. Here’s an idea to get you started: Start your meeting with the most persuasive and compelling data to back up your primary thesis. If you had to show one plot, image, video, conversation, etc. to your boss and their boss, what would that be? Put it as early in your pitch as possible. Show them why they should listen to you, and they will listen.

The best quote for this is from Fred Wilson, who says you should:

“think about ditching the pitch deck and using your app as the backdrop for your fundraising meetings. I am confident you’ll like the results.”

Tied for 2) Overview Upfront: Get to the point immediately, what’s your product?

This is the most startup-pitching-a-VC-specific advice of the lot. These folks see a lot of pitches so they just want you to get to the point immediately. What are you doing? What’s the product?

This may not apply in some of the other persuasion scenarios I mentioned, specifically one on one conversations that are not work related. Or say in email marketing, you’re often better off telling a story. Or if you’re approaching someone at a bar, definitely do not get to the point immediately.

But at work, or with a VC, people are busy. Get to the point.

The best quote here is from Paul Graham, who says:

They will get very frustrated if instead of telling them what you do, you make them sit through some kind of preamble. Say what you’re doing as soon as possible, preferably in the first sentence. “We’re Jeff and Bob and we’ve built an easy to use web-based database. Now we’ll show it to you and explain why people need this.”

Also receiving honorable mention is Dave McClure, whose subtitle for his first slide in his famous How to Pitch a VC deck is :

The 30 second quickie, for when you don’t have time for lots of VC lovin.

It’s actually misleading, because he recommends you lead with it, not just mention it if you’re short on time, but the point remains: Get to the point asap.

Tied for 2) Don’t Explain Everything: Leave room for discussion and leave something for their imagination

This is likely the hardest tip for anyone to follow and it’s also the most important. I get it, you want to tell them everything. Pitch decks balloon over time as they CEO and other executives keep thinking of “great” things to add:

“Oh, we forgot to mention this.”

“I showed the deck to this one guy and he told me to add this.”

Sales of any kind works best when the person you’re selling to feels like they’re part of the reasoning process. You want the other side to feel that they concluded on their own that buying your product, investing in you, funding your idea, paying you as a consultant etc. is a good idea. No one wants to be “sold” for 60 minutes.

As a consultant, the easiest sales situations I’ve had are when I’ve just asked a few questions, sat back, and listened. “What are your biggest problems right now?” “Really, tell me more?” Before I know it, a deal is made. I didn’t sell them on anything, they sold themselves.

This idea is essential for startup founders looking to raise money. Also, this is the tip that’s the most applicable to any persuasion or sales attempt. Don’t just talk at someone for a while, let them talk.

Two great quotes for this category come from Fred Wilson:

So when you sit down and build your pitch deck, think of six slides that will inspire and leave something for the imagination. The best part of six slides is that you will get through them in time to have a real substantive conversation face to face about your business. Imagine that.

If you must use more than ten slides to explain your business, you probably don’t have a business.

4) One Business Model: It’s probably wrong, and multiple means you have none.

If you’re not a startup skip this section. If you are, this is simple. 4 out of the 6 VCs I researched mentioned that you need to focus on one “or two max” business models. Namely because showing a million revenue sources makes it look like you’re hiding something and don’t know how you’re going to make money. And also because most small companies earn money first from a single revenue model.

The general rule is one business model drives the business. It’s tempting to list multiple revenue streams because you’re trying to prove that you will be big. Yet when consumer internet companies do this, investors generally see a red flag. The charitable interpretation, which was true in our case, is that the company’s team doesn’t know which one model will work. The bad interpretation is that the team lacks focus and doesn’t understand that they generally need to drive to one business model to succeed.

And finally, half the VCs were in favor of a short soundbite to remember you. Although many people may huff and puff and disagree with this, I think in many situations this is a great tool. I remember companies and people by soundbites, and they don’t have to be “We’re the x of y”. (Although check out this hilarious video on that): Swiftly is the quick design for $19 site. Evernote is universal capture. Pinterest is visual bookmarking. etc.

Note a pattern, we often remember things with 2 descriptors.

Still don’t agree? How many times have you referred to friends and colleagues with a 2 or 3 descriptor soundbite? People do it all the time, sometimes they are racist or inappropriate, but it happens. “He’s the tall brown guy” (How people refer to me all the time). “He’s the buff hot one” (How I wish people referred to me.) “She was the startup coder at the party.”

Your boss, the hiring manager, or the investor get pitched all the time. How will they remember you? Is it easy? Or is it something like this nonsense: “We deliver value to enterprise customers through strategic solutions involving new media and communication avenues.” WTF?! Instead just say: “We help big business with social media.”

What’s the best advice you’ve heard on pitching and persuasion? Mention it in the comments.