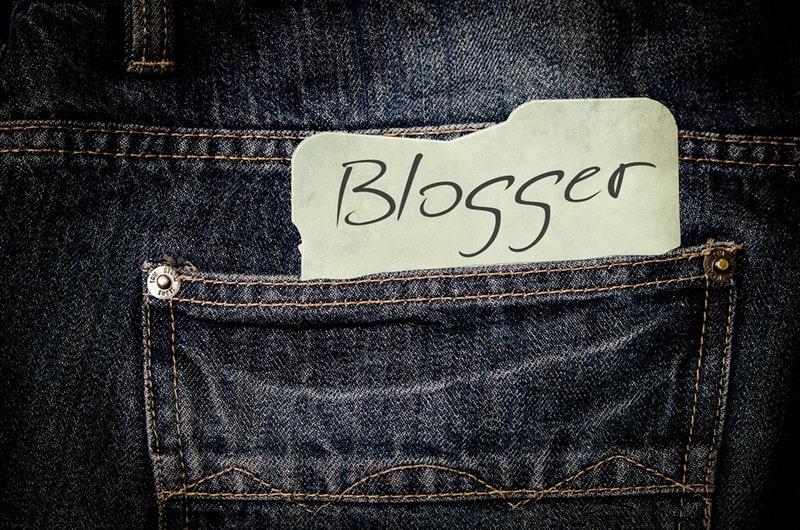 The most notorious example of guest posting done right is Buffer. This now huge company was basically built from the traffic guest posting provided.

They’re not the only ones driving serious traffic through guest posts. Peep Laja from Conversion XL shows off some impressive traffic from Smashing Magazine: 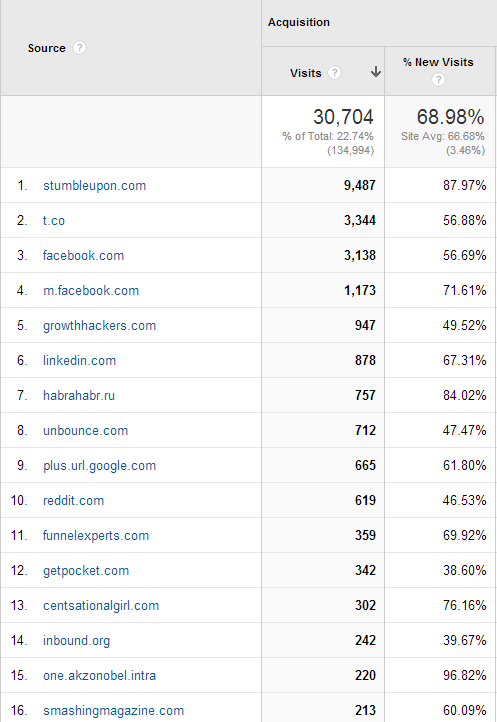 Brian Harris shows how much traffic a feature on Lifehacker is worth: 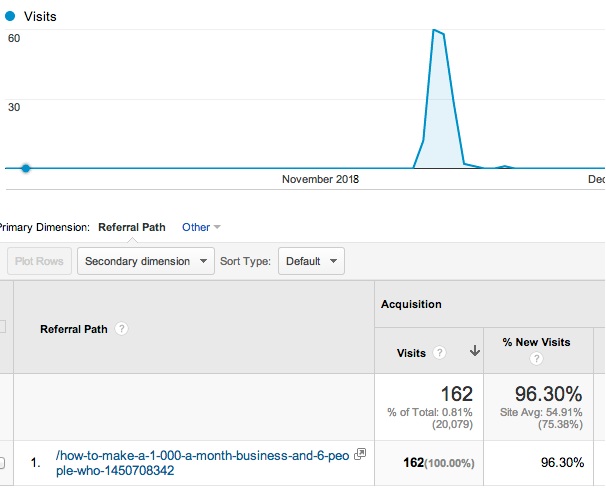 Brian Dean from Backlinko has an awesome video on guest posting in which he also displays his Google analytics and right away we can see his guest post on Quicksprout referring some serious traffic at 440 hits. 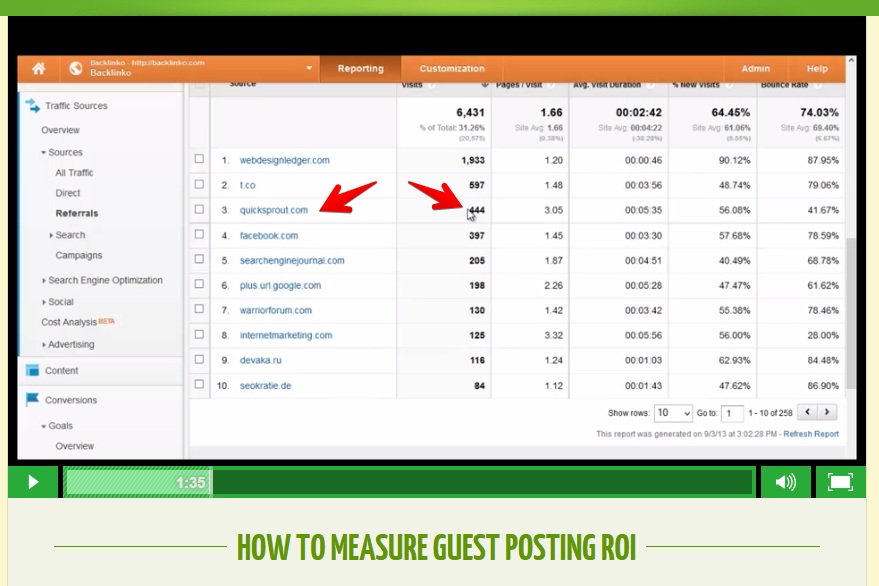 And lastly a great example from James Greig in the comments:

Well hold on a minute…

Our single post was able to generate over 2k hits (and traffic is still coming) through really great content promotion.

This destroys the traffic from an average guest post. (Granted, no guest posts are created equal and some may drive huge traffic if it’s a viral hit)

As well as generating traffic, our post got us some very good links which will help us rank well in Google over time and bring even more traffic.

And on top of that it connected me with some awesome influencers.

I would potentially have to wait 1-2 weeks per blog to see if they would even enjoy the topic. That’s a lot of wasted time, less direct traffic to us (on average) and definitely less links.

It would save me time on outreach but, the time I’m spending on outreach is more than just building links… It’s building relationships, which ultimately is worth more than a link.

Lastly, I also wouldn’t get the long term benefit of the direct traffic from ranking on Google overtime.

There is a case for guest posting as well

I don’t know another way to build up authority so quickly. Showing up on Noah Kagans blog automatically gets you some respect in my book.

It also seems the quality of leads you get from guest posting are on average a lot higher quality than from somewhere else. This could somewhat be attributed to only really motivated people are going to go from the guest post, to your blog, to a homepage signup or blog subscription.

The links you will obtain from a quality guest post are also *on average higher quality than when outreaching. Getting a link from Moz, Kissmetrics or Buffer is close to impossible but a guest post isn’t.

It also completely depends on what type of business you have. Are you a consultant?

Well then a post on Growth Hackers or Inbound might drive traffic but little authority. That same post on Kiss Metrics is far more likely to bring you business with less traffic because of the authority those brands hold

So should we be guest posting?

For the Makers Journey blog, we have a variety of outlets to help distribute content.

For you that can mean something different.

Some factors you should take into consideration:

All in all, if you’re in a big niche with lots of options to get your content in front of your target market it seems that guest posting wont compare in terms of traffic.

If you’re looking to become an authority, drive smaller really targeted traffic or easily build relationships with influencers, then guest blogging looks to be the best answer.

I emailed Hiten Shah on this topic and he referred me a couple links, one of which stood out the most here (from Neil Patel). And here is a direct quote from his article:

I hope you find my lessons helpful. I remember when I first started guest-posting, I would publish my articles on any site that would accept them such as the American Express blog. After months of doing this, I wasn’t generating any signups and felt frustrated.

Luckily, I learned how to make guest-posting a profitable channel.

You too can do well at guest-posting. You just have to give it time and continually modify your approach until it becomes profitable.

To make guest posting a profitable channel he had to stay committed for months and contribute weekly. It doesn’t seem that it drove major traffic at first at all.

He also goes on to mentioning that the posts rank well over time then send traffic after they rank (~6months process) – That would also happen if you properly built links and built up every post that you publish (like i’m trying to do) except that you would be getting more traffic because the organic search results would be going straight to you and not the host of the guest post.

What do you think? Am I wrong?

Leave a comment below and lets talk it out!